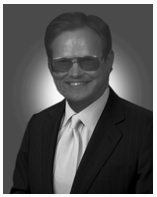 Phil Daughtery grew up in Greenville, TX. and attended First Assembly of God in Greenville for many years. He taught junior boys in Sunday school as just a teenager, then after gradation from high school he went to Southwestern Assemblies of God College for a year.

He felt a call to Alaska when he was 19, the same year he met his wife to be, Dasie, who felt called to Alaska from the age of 14. The couple weremarried and assisted the pastor at the Assembly of God in Clinton, TX.In 1969 the Daughterys became Pastors at Mt. Vernon, TX. and built a new church there. They served the church for five years and heeded the call to Alaska. The young couple soldmost every thing they had andbought a truck for the long journey. They had $1.00 and a few meager possesions when they began packing the truck to leave for the mission field.

By the grace of God and their faith and tenacity, three churches were planted and built in the Bristol bay area.

Phil has gone to be with the Lord but Dasie continues to serve Him in Alaska.

Used by permission of Dasie Daughtery.