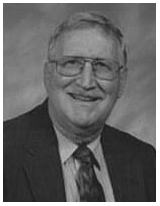 Ray Dean Pinson was born on September 25, 1934 in Temple, Oklahoma at the base of the Wichita Mountains. His father had taken a job as the principal of the school on an Indian reservation in Oklahoma. As Ray grew up his days were filled with hunting and fishing in the country where he lived and summers with working in the cotton fields near his home.

Ray was brought up strict Baptist by his parents and they were active in their church until his younger brother, Gary, developed leukemia. Ray, his mother and brother moved to Oklahoma City because there was a treatment hospital there. Ray's older sister, Betty, who was married and living in South Texas, was saved and filled with the Holy Spirit during a revival in an Assembly of God church. She wrote to the pastor of the Assembly of God church in Oklahoma City about her family that had moved there. Even though they were not members, the church visited with them in the hospital and saw to their every need. The love of Christ being shown by the church to his family in their desperate time affected Ray and he started attending the Assembly of God. Soon he too was filled with the Spirit and felt a call to the ministry.

Ray attended Southwestern Assembly of God College to prepare himself for his call. While attending a revival being held by a classmate at Glad Tidings AG in Houston, Ray met and fell in love with the woman he would share his life with, Anne Rains. Shortly after they were married, they accepted their first pastorate in Plaquemine, LA. where they stayed for 2 years. Ray was ordained by the Assemblies of God in 1960.

Returning to Houston, they attended Northside AG where after a time they we re asked to become the pastors. Ray and Anne were to pastor there for a period of 44 years. After retiring, Ray attended Glad Tidings AG in Houston, where he continued to teach and preach on occasion until his death on September 7, 2013.

A Cry for Revival

Are We the Laodicean Church?

Bent Double but Made Straight

God Is the Preeminence of Our Lives

His Wife Has Made Herself Ready

How God Deals with His Family

What Went You Out to See?

When That Which Is Perfect Has Come

Yesterday and Today and Forever

Used by permission of Jeff Pinson.