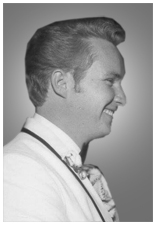 Richard Michalski was born of a German mother and Polish father in a displaced person's camp in North Germany on November 5, 1947. He came to the United States in January, 1951. The Michalskis moved to Seattle, Washington as they had no living relatives anywhere else in the United States and their sponsors resided there.

Richard earned a Bachelor of Arts degree from Northwest College.

Upon marrying, Richard and his wife Sara, born in China, returned back to the Communist Block to minister in nations where their parents had once fled. For nearly forty years, this couple ministered extensively throughout Eastern and Western Europe, Siberia and the Far East, where they have seen multiplied thousands of decisions for Christ, including tens of thousands of Muslims. In later years they saw a move of God to minister in Mexico and Panama.

In his meetings Richard saw thousands saved and healed. Richard also did a series of advanced leadership and church planting training along with developing strategies to distribute bibles throughout lands that have not yet received the word.

Impact Ministries, founded by Michalski, has been able to put over 7 million Bibles and Scriptures throughout the Former Soviet Union, China, Siberia and Ukraine

Richard went to his eternal reward on January 9, 2017. His last message was on New Years Eve and his text was Rev 20:6:

Blessed and holy are those who share in the first resurrection. The second death has no power over them, but they will be priests of God and of Christ and will reign with him.

Used by permission of Jeremy Michalski.