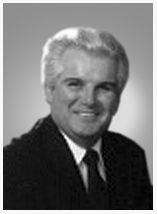 Robert Turnage began ministry as a full-time evangelist and continued in that work for 13 years. He took the position of co-pastor at Victory Temple and served in that capacity until the resignation of B. H. Clendennen upon which time he became senior pastor. During his years as co-pastor, Brother Turnage also over-saw several ministries of the church including all television work.

As pastor of Victory Temple , Brother Turnage and the church have carried on a home and foreign missionary ministry program that includes weekly television services and outreach to help build the Kingdom of God.

Sitting Still While Brothers Are at War

Overcoming the Pull of Death

Used by permission of Brenda Turnage.