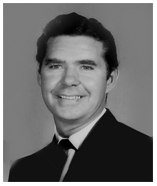 Sam Goodman is best known as a gospel singer. He, his brothers Rusty and Howard and Howard's wife Vestel travelled the nation bringing happiness to thousands. Known as the Happy Goodman Family, the group headquartered in Madisonville, Kentucky, won about every award a gospel singing group could win. Their talents took them to venues as diverse as Pentecostal campmeetings to the White House.

Early on, Sam became the spokesman for the group, entertaining audiences with his humorous stories, often from the family's life experiences.

When the family group disbanded, Sam travelled as a solo artist and gospel preacher. He received credentials from the Assemblies of God in 1982.

Sam went to the city he had sang about for so long on August 5, 1991. He was only sixty years of age.

You Give: God Multiplies