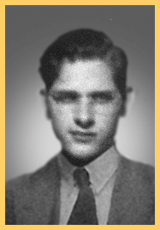 Terry Chapman was born November 28, 1931. He was ordained by the Oklahoma District of the Assemblies of God on October 3, 1956. Brother Chapman served as both evangelist and pastor.

He pastored a number of churches including in Mangum, Ryan and Cordell, Oklahoma and De Leon, Texas.

Why Sit We Here Until We Die

Used by permission of Keith Chapman and Gary Chapman.