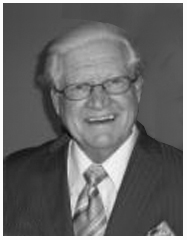 Tom Ogdon was called into the ministry in October 1964.  He has spent twenty years on the evangelistic field, including 8 years holding tent crusades overseas. God has placed a special anointing on his life.  During his travels worldwide, he has seen the mighty miracles of God transforming the lives and bodies of many people.  The blind came forth seeing, the deaf came forth hearing, the dead were raised and the lame came forth leaping and shouting. He has preached in more than 6,000 revivals.  Ogdon has also written three books, the last one titled "Victory through Praise."

Twenty years ago, God called him to McKinney, Texas to start a church with a vision to reach, love, and serve the community for the Glory of God. He started Cornerstone Worship Center, in 1991, retiring in March 2003 to go back into evangelism.  But God wasn't finished with him in McKinney and called him back into full time pastoral ministry.  In 2003 Ogdon planted Victory Christian Church in McKinney and continued to pastor until his passing on September 16, 2015.

God Will Set Your Fields on Fire

Hello Trouble, You Are My Friend

Heroes in the Bible

How To Be Delivered

If You Go to Hell, Who Will You Blame?

Living Clean in a Dirty World

The Book of Suggestions

What Did the Sheep Say?

Where Have All the Heroes of the Faith Gone?

Used by permission of Tom Ogdon