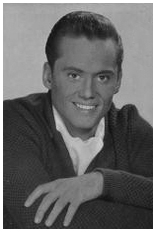 Tommy Barnett is an author, the co-pastor of Dream City Church, an Assemblies of God megachurch in Phoenix, Arizona , and chancellor of Southeastern University. Dream City Church has branded itself as "the church with a heart", reporting over 275 active outreach ministries.

Tommy Barnett began his ministry at age sixteen. Before moving to Phoenix, Barnett pastored Westside Assembly of God in Davenport, Iowa. In just a few years, the church grew from 76 people to more than 4,000 members. In 1979, he became the pastor of Dream City Church. The church has grown under his leadership over the past three decades. As of 2011, it was the second largest Assembly of God church in the U.S. with an average Sunday attendance of 10,000. In 2011, Barnett turned over the senior pastor's post to his younger son, Luke; he remains as co-pastor.

Barnett and his son Matthew co-pastor the Los Angeles Dream Center, an Assemblies of God mission in the Echo Park neighborhood of Los Angeles, California. Matthew is also pastor of nearby Angelus Temple.

Barnett is on the Board of Directors of Joyce Meyer Ministries and has authored several books, including Multiplication, Hidden Powe , Enlarge Your Circle of Love, Reaching Your Dreams, The Power of a Half Hou , and Your Great Adventure.

He is married to his wife Marja and lives in Phoenix, Arizona. He has three children: Matthew, Luke, and Kristie, all of whom have also taken prominent leadership roles in the Assembly of God church.

All Kinds of Love

Caution after a Big Day

Children’s Responsibilities to Their Parents

Dying from an Overdose of Living

Five Reasons Why I Must Win Souls

Five Things Every Woman Ought to Know about a Man

Give Me this Mountain

Give Me Thy Heart

God Is Trying to Tell Us Something

Have You Received the Holy Spirit Since You Believed

How to Give the Master Charge

If I Were a Teenager Again

In the Beginning – Marriage

Is It Wrong for a Church to Be Small

It Is Better to Give than to Get

Making a Boy into a Man

Spare the Rod and Spoil the Child

The Axe Was Laid to the Root of the Tree

The Character of a Believer

The Cycles in Marriage

The Deacon and Deaconess Program

The Power of Preaching

The Way to the Palace by Way of the Cross

The Whip, The Hammer and The Cross

What is Bible Love?

What Is Your Vision?

Why Personal Soul Winning Is the Most Effective

Used by permission of Tommy Barnett.