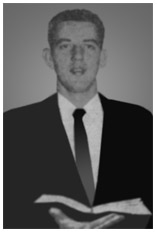 Thomas Lofton was born in Natchez, Mississippi on December 12, 1938. He grew up in McGehee, Arkansas and Houston, Texas.

Tommy had an experience in his youth that changed his life and put him on the path of ministry. At the age of 12, he was stricken with rheumatic fever and on the verge of death. During this time, he had a vision that he was about to cross a river into heaven. Suddenly, the boy heard a voice saying: "Go back. I have work for you. Go and preach my message of hope." His preaching career began upon recovery.

The Rev. Lofton went on to complete high school in Natchez and attended Southwestern Assemblies of God University in .Waxahachie, Texas. He was ordained by the New Mexico District of the Assemblies of God in 1962.

He served the body of Chirst as an evangelist and pastored in Jal, New Mexico; Biloxi, Mississippi; Flagstaff, Arizona; and, Phoenix, Arizona.

For the last twenty years of his life he was the pastor at the Music City Assembly of in Nashville, Tennessee. While at the church he developed a Teen Challenge center, an outreach program geared to those with various types of addiction.

He served the Assemblies of God as a General Presbyter and Executive Presbyter. He was a member of the world missions board and served on the board of several Assemblies of God colleges. He wrote a book, “Three Days to Change the World.”

Brother Lofton was promoted to Glory on October 20, 1999.

Which, Who and How?