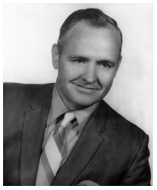 Dr. W R Corvin was born on December 25, 1921 on a farm near Ada, Oklahoma. His parents were Will and Lou Ellen Corvin. His earlier life jobs include farm hand, business manager, radio announcer, debater, military service, minister in a Methodist church and Pentecostal Holiness churches.

Dr. Corvin served as a vice president and later as president for 15 years of Southwestern College. He was vice president of Will Rogers Bank for 5 years. Upon the death of Dr. R.O. Corvin, he assumed the presidency of the University of Biblical Studies for over 15 years.

Used by permission of Sharon Corvin.