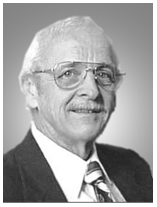 Warren W. Harkins was born in Miami, OK. His grandfather was a full-blood Quapaw Indian. Brother Harkins is proud of his Native American heritage and is active in the tribe.

Warren was saved, filled with Holy Spirit and called to preach as a teenager and started his ministry in Northeastern Oklahoma.

Warren was ordained in 1971 by the Oklahoma District Council of the Assemblies of God. He pastored churches in Southern Missouri for about 10 years, and in Oklahoma for 40 years.

His last pastorate of 27 years was Praise A/G in Comanche, OK. Harkins led Praise Assembly through a successful building program and the church experienced a great move of God for over three years Many were saved, filled with the Holy Spirit and healed. Hundreds were also blessed and revived.

Warren has been married to Caroline for 55 years and the couple have four sons and 11 grandchildren. The Harkins live in McAlister, Oklahoma where he is semi-retired but still preaches in area churches.

But Thou, O Man of God

The Revival We Need