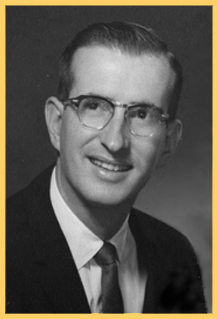 Dr. William Watson “Bill” Menzies was born in New Kensington, PA on July 1, 1931. He was ordained by the Michigan District of the Assemblies of God on April 26, 1956.

For more than 50 years, Bill served as a professor and administrator at the college and graduate school level. He taught at Central Bible College (1958-1970), Evangel University (1970-1980), and the Assemblies of God Theological Seminary (1980-1983). After serving as Interim President at the Far East Advanced School of Theology in Manila (1984-1985) and Vice-President for Academic Affairs at California Theological Seminary in Fresno, Calif. (1985-1987), he served as President of Asia Pacific Theological Seminary in Baguio City, Philippines (1989-1996). From 1996 until his death he served as President Emeritus and Chancellor of APTS. Although he excelled in the classroom, Bill's students remember him as much for his encouragement and wise guidance as for his teaching.

Bill loved family gatherings, and he was an avid fisherman and camper.

In 1970 Bill, along with Vinson Synan and Horace Ward, organized the Society for Pentecostal Studies, an academic society that regularly attracts hundreds of scholars to its annual meetings. Bill served as the first president of SPS and the first editor of its journal, Pneuma.

In 1968 Bill earned a Ph.D. in American Church History from the University of Iowa. His Ph.D. dissertation formed the basis of his influential history of the Assemblies of God, Anointed to Serve.

An ordained minister of the Assemblies of God for 55 years, Bill was the author of nine books and dozens of articles. In addition, a Festschrift, Pentecostalism in Context, was written in his honor. He spoke at many international conferences and consultations. Yet Bill will be remembered, above of all, as one who had a missionary's heart. After spending many summers teaching in Bible schools across Asia, he and Doris moved to the Philippines where they served as missionaries from 1989-1996. Bill's kind and compassionate spirit endeared him to students and colleagues around the world.

Although Bill traveled the world, Springfield was his home and Central Assembly of God was his home church. He was a member there for more than half a century.

Dr. Menzies went to be with the Lord on Aug.15, 2011, in Springfield, Mo., following a three-month illness.

Used by permission of Glen Menzies and Robert Menzies.