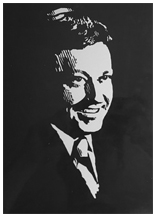 Dan Betzer is the Senior Pastor of First Assembly of God in Ft. Myers, Florida. Betzer wasordained 53 years ago and isa life-long veteran of broadcasting. He is known not only as a pastor but as a writer, television and radio host, and district and national executive with the Assemblies of God, and he is also known among multitudes of children through his "Dan and Louie" recordings. In 1940, at the age of three, Betzer began radio work on WNAX in Sioux City, Iowa, doing children's and religious programs each weekend, singing and acting. By the time he was in college, he was a daily anchor on both radio and television news. Profoundly sensing God's direction, he entered the ministry and began starting churches in Ohio.

In December of 1986 he was elected Senior Pastor of First Assembly of God in Ft. Myers, a church he continues to pastor. He has seen the congregation grow from a few hundred to its current 10,000 members and adherents and average weekend attendance of 6,700 including all campuses. Betzer served as the assistant district superintendent of the Peninsular Florida District of the Assemblies of God for 16 years and carried the portfolio of World Missions, now an honorary district presbyter.

For over 20 years, he has served as an executive presbyter of the General Council for the Assemblies of God (20-member general board of directors of the denomination) and has been a part of the General Presbytery for more than 22 years.

For nearly seventeen years (1979-1995) Betzer was the speaker on the Assemblies of God syndicated radio broadcast REVIVALTIME, which was heard on over 600 stations each week in over 80 countries.

As a soloist, he has produced 17 albums and has sung with artists such as Ralph Carmichael and his orchestra, Dino, Larry Gatlin, the Blackwood Brothers, Lulu Roman, The Couriers and others.

Pastor Betzer has authored 21 published books, including a best-selling novel and "Why Some Churches Are Blessed," released by the Assemblies of God. For twenty years he was a board member of the National Religious Broadcasters Association.

A Bull in a Net

A Great Man but a Leper

A Weak Link or a Strong One

Clutching the Remnants of Virtue

Faith Is the Substance

Isn’t It Time for Jesus

The Jesus Nobody Knows

The Other Side of the Tracks

The Strange Case of the Man with the Withered Hand

The Wedge of Discouragement

When Not One Single Church Can Be Found on Earth

Why I Am Not a Gambler

Used by permission of Dan Betzer.