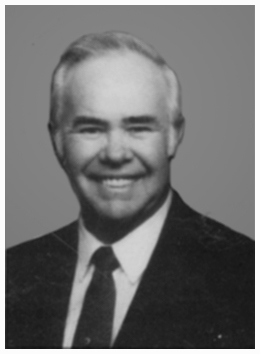 David Nunn was an Assemblies of God pastor, influenced by the 1950's healing revivals when God spoke to him and said: "Get up from here and go into every city, heal the sick therein and preach the kingdom of Heaven is at hand."

Earlier in his life, Nunn had served in World War II and had turned his back on his Pentecostal upbringing. He was converted in a revival at the Oak Cliff Assembly of God in Dallas.

He was a coworker with Gordon Lindsey and a member of the Voice of Healing but established his own ministry, Bible Revival Evangelistic Association. He published magazines, wrote twenty-one books, had radio broadcasts around the world and conducted great missionary crusades. Many mighty miracles were reported in Nunn's meetings and over a million people responded to his altar calls.

David Nunn returned to the Assemblies of God in 1983 and served the organization until he went to be the Lord on April 15, 2003. He preached for more than fifty years and was a tremendous example of ministerial integrity and faith in God.

Used by permission of Tommy Nunn.