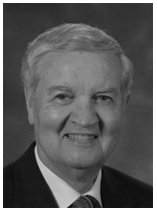 Del Tarr has faithfully served the body of Christ around the world as a minister, missionary and educator.

Del's BA is from North Central University, Minneapolis, MN. Both his MA and PhD are from the University of Minnesota with concentrations in Cultural Anthropology and Cross Cultural Communications. Del teaches and preaches in French, Mori of Burkina Faso, and Eve of Togo West Africa, besides English, of course.

Del is Professor emeritus at the Assemblies of God Theological Seminary in MO where he previously served as president for 9 years. In Africa the Tarrs directed the Mossiland Bible School in Burkina Faso and later co-founded Faculte Theologique de l'Afrique Occidentale in Lome, Togo in the 1970swhere they prepared African ministers from 12 countries before he became the founding president of California Theological Seminary in Fresno, CA (nine years) prior to being called to the presidency of the denomination's Seminary in MO.

Del and Dolly, though "officially" retired,spend 5-6 months each year in Africa, Europe and Asia training 2/3rd world ministers in cultural sensitivity where these churches have now become missionary sending movements in their own right. Del was a member of the International Roman Catholic/Pentecostal Dialogue team for 10 years.

He has written numerous articles in religious journals. His books include: Cross-Cultural Communications: ICI, Bruxelles, Belgium; and Double Image: Biblical Insights from African Parables, Paulist Press, New Jersey. Just published is The Foolishness of God: A Linguist Looks at the Mystery of Tongues by Access Publishers. This book, 8 years in preparation and consulting over 400 sources shows Del's deep concern for the weakening of the importance of the Pentecostal experience in North America at the same time the growth of the charismatic theological persuasion is burgeoning around the world and represents the fastest growing segment of the Church of Jesus Christ.

For more information on Del's ministry or to order his books, visit his website, www.deltarr.net

Used by permission of Del Tarr.