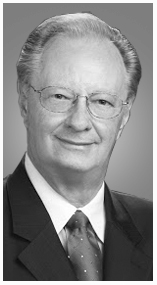 Gary Chapin spent many years as the pastor of Central AG in Pasadena, TX. He was the presbyter of San Jacinto Section. Gary was elected Secretary Treasurer of South Texas District of the Assemblies of God in 1995 and continued to serve there until retirement in 2010. He is an avid photographer and maintained a daily devotional on the internet for over a decade.

Gary is an honorary presbyter of the South Texas District.

Being the Priest of Your Home

It All Goes Back in the Box

What Will You Leave Your Grandchildren?

Yea Though I Walk

Used by permission of Gary Chapin.