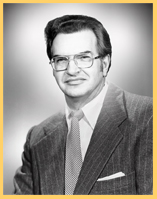 Eugene Alton Jackson was born in Haskell, Oklahoma on January 30, 1933. . Rev. Jackson responded to the call to preach at the age of 19 and was ordained by the Arkansas District of the Assemblies of God in 1956.

Brother Jackson’s first pastorate was New Hope Assembly Of God in Monticello, Arkansas. After pastoring a short time, they went on the evangelistic field, preaching wherever the doors opened. In 1959 he accepted the pastorate of First Assembly Of God in Milan, Tennessee, where he stayed until accepting a position of leadership with the Tennessee District of the Assemblies of God as District Youth and Christian Education Director/Secretary-Treasurer.

While continuing as Secretary-treasurer for the District, he had a vision for a church in Hendersonville, which he pioneered in 1968. His ministry at the Hendersonville Assembly of God extended far beyond the walls of his church. He became recognized in the greater Nashville area due to his late-night TV program, “The New Life Hour,” and a daily radio broadcast, “Christ Is the Answer.”

In 1977 he was elected as Tennessee District Superintendent of the Assemblies of God, where his passion and vision to win the lost was ignited in the hearts of many ministers across the state. While serving as District Superintendent, he also served on various boards within his denomination, including Hillcrest Children’s Home and Central Bible College in Springfield, Missouri

After retiring from his work with the Tennessee District, he became the pastor of Middle Tennessee Assembly in 2005, where he served until his death on February 4, 2007.

Back to the Cross

How to Make It Through the Night

If Jesus Loves Me What Am I Doing in a Mess?

Only Luke Is With Me

The Baptism in the Holy Spirit

The Champion of the Outcasts

The High Price of Cheap Grace

The Last Words of Judas

The Process of Time

The Trademarks of a Man of God

What Are We Going to Do about the Bruce Boys

Used by permission of Jana Jackson.