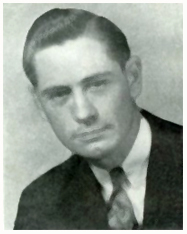 As a young Assemblies of God preacher, Jordan Carl (JC) Hibbard evangelized and pastored several churches in North Texas. In 1934 Hibbard became the pastor of the Oak Cliff Assemblies of God. It was an opportune time, the Dallas area had been shaken by a successful crusade led by Aimee Semple McPherson.

Hibbard's marriage failed and he left the Assemblies of God. In 1940, JC, his new wife Nell and a few faithful followers planted the Gospel Lighthouse in South Dallas. With 5,000 members the church was one of the largest independent Pentecostal churches in the world.

In 1942 Hibbard started a radio broadcast on Dallas's KSKY radio. For forty years he preached to thousands in Texas, Oklahoma and surrounding states. His ministry was blessed with many miracles, signs and wonders.

Hibbard was still active in ministry when he died in 1980 at the age of 71.

A Way of Life

Abiding Under the Blessing

Bringing Back the Ark

But Be Filled with the Spirit

Christ in You the Hope of Glory

Different Phases of the Word Prayer

Get the Filth Out of the Temple

Importance of the First Love

Is Christ Coming in the Storm

Last Message to the Church

Living in the Faith Realm

Prayer with Much Importunity

Sending Out Your S.O.S.

The Coming of Christ

The Count Down Is On

The Future from the Present

The God That Changes Things

The Laws and Outline of the Ten Commandments

The Need of the Holy Spirit

The Pre-existence of Christ

The Purpose of Fasting

The Purpose of Prayer

The Tragedy of Drawing Back

Time Will Be No Longer

Truth of the Resurrection

When God Speaks from Heaven