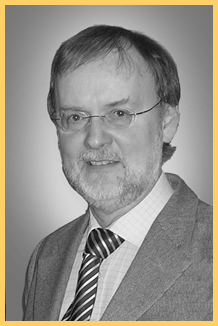 Hurtado’s first academic appointment was at Regent College in Vancouver, where he taught from 1975 to 1978. Prior to moving to Canada in 1975 he pastored an Assemblies of God  church in Skokie, Illinois, a Chicago suburb. Thereafter he moved to the Department of Religion at the University of Manitoba in Winnipeg, where he was promoted to full Professor in 1988 and taught until 1996.

Larry earned his Ph.D at Case Western Reserve University in 1973.

Larry did not continue to affiliate with the Charismatic movement after the 1970s. The sermons posted here were recorded when Larry identified as a Pentecostal.

He made significant advances in understanding Jewish monotheism and early Christian devotion to Jesus. He was an authority on the Gospels (especially the Gospel of Mark)

He was elected a member of the Studiorum Novi Testamenti Societas in 1984, and received the Rh Institute Award for Outstanding Contributions to Scholarship and Research in the Humanities in 1986. He was elected a Fellow of the Royal Society of Edinburgh in 2008, and President of the British New Testament Society from 2009 to 2012. He won research grants from the Social Sciences and Humanities Research Council of Canada, the British Academy, and the Arts and Humanities Research Council (UK). He gave invited lectures in many universities in the UK and other countries, and was a Visiting Fellow at Macquarie University in Australia in 2005.

Christmas in July – The Kingdom is Among Us

Some Parables of the Kingdom

The Ethics of the Kingdom

The Law and the Kingdom

The Revolutionary Nature of the Kingdom

Used by permission of Jesse Hurtado and Tiffany Hurtado-Cerasoli.