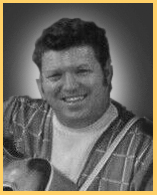 Levoy Dewey has been and ministering the gospel for almost fifty-five years. Traveling with his wife, his brother and eventually his daughters, the family are award winning singers, songwriters and musicians. For more than twenty years they averaged 300 services per year. "Heaven's Sounding Sweeter All the Time" is one of their gold records.

Levoy was a teenager on a tractor plowing a wheat field in Nebraska when he heard the voice of the Lord,“Be faithful and I will use you before I return.”

God opened the door for “The Singing Dewey’s” to experience their first overseas missions trip to Panama, Central America. Marvelous things happened when the fire for foreign missions got inside their bones, and it literally changed them forever. The Deweys traveled the world with the good news, visiting thirty-three countries. In Lucknow, India, the local newspaper featured an article that said, in part, “The Dewey’s” have done more for international relations than all the pacts and treaties.”

Levoy and Cleon live in Nashville, Tennessee  and will be winning the lost, praying and believing for the sick to be healed, and encouraging the people of God to keep the faith until Jesus comes.

Making the Most of Music in a Revival Campaign

Special Dream and Visitation of 1987

Used by permission of Levoy Dewey.

To contact the Deweys, learn more about their ministry or purchase their music visit http://www.deweyfamilyministries.org