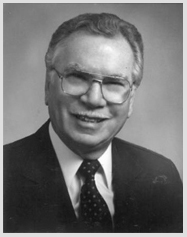 Dr. Paul Lowenberg, was born in Grenfell, Saskatchewan, Canada, in 1913, was an ordained minister for 73 years. He began his ministry as an independent preacher, serving as pastor and evangelist and pastor but joined the Assemblies of God in 1952. He was elected assistant superintendent of the Kansas District in 1962. In 1964, he became superintendent and served in that capacity for 14 years. He was elected an executive presbyter of the church in 1969 and served in that position until he stepped down in 1993, only to be named and honorary general presbyter.

Assemblies of God General Superintendent George Wood said, "I think it's fair to say that for many years, Brother Lowenberg set the standard for great preaching in the Assemblies of God."

He carried the gospel to six continents and was a sought after preacher for camp meetings, revivals, retreats and councils. He was an avid church planter as well, responsible for planting 20 churches in Canada and the United States.

Brother Lowenberg fell asleep in Jesus on November 6, 2008 just short of his 95th birthday. The summary of his life is in one of his favorite messages, "His Hand Clave to the Sword."

“No-Nos” of the Ministry

A Young Prince Who Refused to Be King

And He Prayed Again

Four “H’s” of the Ministry

Four Greatest Promises for the Church

Furniture for a Preacher’s Home

God Made Me Forget

His Hand Stuck to the Sword

I Will Build My Church

Let No Man Deceive You

The Curse of Non-involvement

The Man Who Walked Off the Edge of the Earth

The Mandate of the Church

The Preacher as Prophet and Priest

The Saga of Two Beauty Queens

They Were All Filled

Three Things Jesus Was Made

What Is a Preacher?

What’s in It for Me

When the Bear from Moscow Meets the Lion from Judah

Used by permission of Doug Lowenberg.