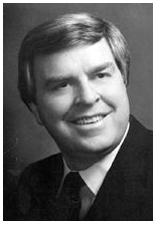 Robert Schmidgall is best known for founding and pastoring Calvary Church, a megachurch in Naperville, Illinois, a Chicago suburb. Schmidgall never accepted credit for the growth of the church, saying he was only "a player" in God's plan to provide for the spiritual needs of the community.

He was a graduate of Central Bible College in Springfield, MO.

Robert was ordained by the Assemblies of God in 1969 and served the denomination in a number of positions including assistant district superintendent of Illinois (1980-93), general presbyter (1979-1996), non-resident executive presbyter (1985-96), and he was a sectional presbyter for a number of years.

Pastor Schmidgall was active on the Foreign Missions Board and the boards of Central Bible College, Illinois Teen Challenge, and others. Foreign ministry included speaking engagements in Africa, Europe, and the Far East.

Used by permission of