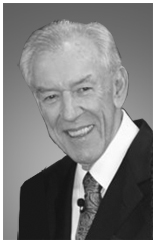 Bobby Wilson was the pastor of Praise Assembly of God in Pueblo Colorado or 44 years. He began his ministry in 1959. He has pastored in Texas and Oklahoma and spent six years on the Evangelist field. He has served in several district positions; Presbyter, Executive Presbyter, Assistant Superintendent and General Presbyter. Pastor Wilson has spoken at men's retreats, camps and conferences and was a 1989 General Council Speaker.

Winds of the Spirit

Used by permission of Bobby Wilson.