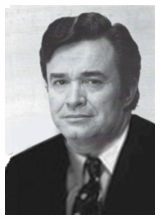 Reverend Marvin Gorman has preached the Word of God for 60 years.From the time God called him as a young man in Arkansas, God imparted to him a compassionate love for humanity. For over 37 years he and his wife, Virginia, pastored churches. One of those pastorates was First Assembly of God in New Orleans, LA, which grew from a modest 100 members to well over 6000.They also began a radio and television ministry outreach whose programs were broadcast daily throughout the United States, as well as overseas.

In 1985 Reverend Gorman established Foundation for Human Helps.This organization was formed to effectively increase his ability to reach out to humanity around the world.His heart-cry has always been to see the lost come to Jesus Christ, to bring healing to the sick, and restoration to those who are broken.

Brother Gorman met his Lord and Saviour face to face on January 4, 2017.

Be a Continual Fire

Bearing Fruit In the Land of Affliction

Charting the Course of Your Church

Dealing With Our Advesary

Except the Lord Build the House

God’s Remedy – And He Had Compassion

God’s Remedy – How to Get Your Healing

God’s Remedy – The Basics for Healing

I Met God in the Storm

Know the God of your Father

Mobilized for Victory – Part One

Practicing the Presence of God

The Acts Church Wasn’t Perfect Either

The Art of Overcoming – Part One

The Art of Overcoming – Part Two

The Crucified Life – Part One

The Greatest Challenge of a Father

The Influence of a Godly Man

The Judgement Seat of Christ

The Key to Revival

The Path to Deeper Life

The Power of Intercessory Prayer

The Vision God wants You to Have

The Word – Our Foundation in Prayer

The Word of the Lord Tried Him

Til the Course is Finished

United We Kill the Giant

Useful in God’s Service – Part One

Walking and Living in the Spirit

We Have Come to the Kingdom – Part One

We Have Come to the Kingdom – Part Three

We Have Come to the Kingdom – Part Two

What Is Deeper Life?

Why the Holy Spirit

You Can Move Heaven

Used by permission of Marvin Gorman.