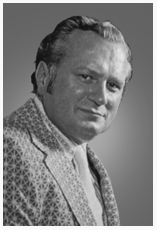 After serving his country in the U.S. Navy during World War II as a boilermaker on a destroyer in the South Pacific and Asia, Rev. Schambach received his formal training at Central Bible Institute in Springfield, Mo., in the 1940s. He apprenticed alongside the then well-known miracle evangelist, A.A. Allen. R.W. served as Bro. Allen's associate for five years.

R.W. met his late wife, Mary, while she studied at the Eastern Bible Institute Assemblies of God. They married in 1948. After pastoring in both Philadelphia and Pittsburgh, Pa., following the call to ministry, they moved to Tyler in 1982, establishing their home base of Schambach Ministries.

"Bro. Schambach" may be best known for the great gospel tent, traveling to every major city in the United States, bringing people to Jesus Christ. His ministry has been received throughout the world and still continues.

He Talked to Trees

Jesus: The Beginning of Miracles

The Anatomy of a Miracle

The Compassion of Christ

The Golden Sceptre of Deliverance

The Violent Take It by Force – Part One

The Violent Take it by Force – Part Two

When You Wonder Why

For more information on the life of Brother Schambach and to order more of his sermons and books, please visit The Schambach Foundation.

Used by permission of Donna Schambach.