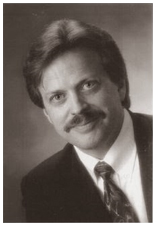 Steve Hill was bound by drugs and was headed for a life in prison when Jesus saved him in 1975. He was established in the faith at Teen Challenge and mentored by David Wilkerson.

Steve and his wife Jeri became Assemblies of God missionaries, serving in Argentina, Spain and the former Soviet Union. The Hills evangelized and planted churches.

Steve was preaching at Brownsville Assembly of God in Pensacola, Florida on Father's Day 1995 when a world-changing revival began. Widely covered by the media, this incredible series of meetings drew over 4 million people from 1995 to 2000. News began to spread around the world that something out of the ordinary was happening at this revival. During those five years, the devout, the cynical, and the curious came from all walks of life, traveling from as many as 150 different nations around the globe. Hundreds of thousands wept at the altars, repented of sinful lifestyles, and gave their lives to Jesus. Lives were dramatically changed, marriages were restored, and addictions were broken as the Gospel of Jesus Christ was presented with clarity.

Steve and Jeri founded Heartland World Ministries Church in the Dallas, Fort Worth area in 2003 and remained as senior pastors until 2012 when Steve's failing health prevented full-time service.

Steve was near death in 2012, medical experts giving him only hours or at most days to live. God raised him up, renewed his strength and gave Steve a vision of the church in a spiritual avalanche. He was able to write a book about the vision and spread the message across the US.

Steve died on March 9, 2014 after a long battle with melanoma. He was only 60 years of age but, by grace, he accomplished more than a hundred men that have lived 100 years. His reward is with him.

Are You Known in Hell

Get Your House in Order

Go and Sin No More

Let Him Be Damned

See, I Told You So

The Arrows of the Lord

The Most Unexcusable Thing in the World

The Sermon from the Last Summit

The Silence of God 2

The Torch of Truth

What Shall I Do With Jesus?

You Know Too Much

Used by permission of Jeri Hill.