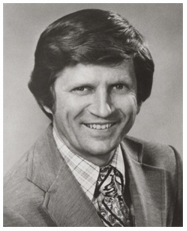 David Wilkerson is probably best known for his work among the gang members in New York City. That work is chronicled in The Cross and the Switchblade. The book has been read by more then 15 million people and the motion picture has been viewed by more than fifty million.

Out of his early work in New York City, Wilkerson founded Teen Challenge. The ministry that helps men and women with addictive behaviors has grown to a world-wide organization reaching the lost in 82 countries.

In 1987, Wilkerson returned to NYC and founded Times Square Church. The congregation has grown to 8,000.

Wilkerson wrote over 30 books and made a tremendous impact on his world. He was killed in an automobile accident in 2011 less than one month short of his eightieth birthday.

A Baptism of Love

A Fresh Outpouring of the Holy Spirit

A Time to Weep and a Time to Fight

A Wall of Fire

For more information on the ministry of David Wilkerson and World Challenge, click here to visit their webiste.

Healing of the Home

Hell: What It Is Like and Who Is Going There

How to Prepare for the Coming Calamities

I Will Be Thy Mouth

I Will Fear No Evil

Learning How to Be Ordinary

Out of the Prison House

Parked at the Gates of Hell

Tattlers, Busybodies and Angels of Light

That Dreadful Day That No One Wants to Talk About

The Cost of Going All the Way with God

The Death of a Promise

The Evidence of Faith

The Fear of the Lord in the Latter Day Church

The Gospel of Accommodation

The Making of a Man of God

The Monkey on the Mind

The Road to Hell

The Simplicity of Jesus

The Sin That Makes God Cry

The Victory of the Cross of Christ

The Window of Faith

What Is the Glory?

When God Comes Down

*This message was recorded on a hand held recorder and is poor quality but a great message.

**This is a very old recording and part is missing, but is very relevant.

Used by permission of World Challenge.